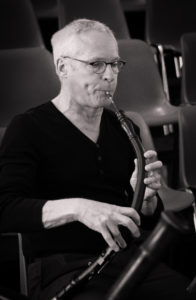 I studied recorder and baroque oboe at the Royal Conservatorium in The Hague. I received the diploma “uitvoerend musicus” for recorder under supervision of Ricardo Kanji in 1984. 1986 was the year I finished my study baroque oboe with Ku Ebbinge.

My interest in the building of instruments started during my starting years of baroque oboe (1981). Frederick Morgan, Bruce Haynes and others have taught several courses at the conservatorium in those years. The Conservatorium has opened its own workplace in cooperation with Ricardo Kanji and Peter van der Poel amongst others. Some of my starting colleagues were Jacqueline Sorel and  Peter van der Poel.

The first ten years the activities were mostly aimed at the building of recorders. Since 1990 the interest has increasingly shifted to baroque oboe, because I wanted to make what I played most in concerts. Because of that I have build solely baroque oboes since 2000.

Since 1984 I have worked at many orchestras as baroque oboist and sometimes as a recorder player.
At the moment, part of my activities besides building and playing baroque oboe is the organisation of the Baroque Orchestra Florilegium Musicum which has specialised in the accompaniment of choirs. We play approximately 20-25 concerts a year. These activities in the organisation and the playing of baroque oboe could have the consequence that the planned delivery time of orders has to be postponed.

In conclusion I have to mention that my friendship and cooperation with Piet Dhont has led to many new insights and inspiration. For me he has been one of the pioneers on the area of making historical oboes.